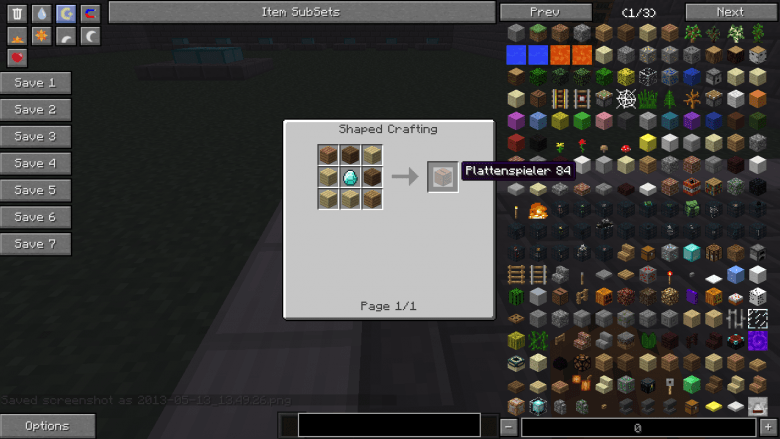 enhanced with physical effects. Executing a combat art will now have

The enhanced combat arts are:

Certain particle effects as well as different wind speeds are also vailable now. Leaves and stones may be moved by wind or by walking across them.

In single player mode you may now pause the game any time by pressing [P].

which is ideal for taking screenshots from various angles.

This new functionality enables you to use your minions strategically. Order them to attack enemies as a group or individually ([-]) and determine how close they will stay to you ([#]). You can also order them to attack directly ([Shift] + [Left Mouse Button] on an opponent). Pressing [.] will display your minions' current order status.

Open your logbook [L] and click on the trophy to display the achievements that you have accomplished in game. If you are playing in Closed Net these results will also be published in the community network on www.sacred2.net

You are now able to turn your characters around for 360° in the selection screen.

Each hero now has a different and individualized layout for equipped items.

* New options under „Audio Settings“ to adjust the frequency of battle

to „Never“ under „Audio Settings“

the window will close automatically

for chat messages on or off.

* Several causes for crashes have been fixed.

* The Dryads' shrunken heads now work as intended, boosting the

effectiveness of the combat arts Malicious Totem, Black Curse and

* The bonus Deadly Wounds does no longer stack. In extreme cases

the overall hitpoints were reduced to 1 due to that issue.

* The bonus Deep Wound does no longer stack. In extreme cases

the overall hitpoints were reduced to 1 due to that issue.

* Fixed an issue that dead horses could be mounted in certain

* Fixed an issue that mounted heroes did not sustain damage when

they touched a T-Energy pool.

* The skill Alchemy now increases the amount of health replenished

* The modification Evade of the Inquisitor's combat art Reverse

Polarity will now be displayed correctly in all parts of the interface.

* Damage over time did work properly for Elite Boar Riders. This has

* The Divine Gift Kuan's Breath also effected opponents who were above

the defined maximum opponent level. This has been fixed.

* 'Power leveling' using the the combat art Expulse Magic on the

'Swirling Mist of Miasma' ('Fog Monster') is no longer possible.

* Fixed the faulty damage display of the boss monster 'Facetteleon'.

* When several boosts were active, the fist boost to terminate also

ended all other boost graphics effects even if the remaining boosts

were still active. This has been fixed.

* The faulty damage of the modification Self Repair of the Temple

* The faulty damage of the Seraphim's combat art Pelting Strikes has

* Amulets and rings have become distinctly different now. This will apply

to all amulets including already existing ones.

text field in the menu does no longer cause crashes.

slots if they had been placed there temporarily.

* The Closed Net player chest accessible for all characters was deleted

when players logged in to the Open Net lobby for the first time. This

* Sometimes, items that we rearranged in the inventory were lost due to

server lag. This has been fixed.

diffculty levels gold or higher even if the character met the

game to a default game and vice versa via the Buddy list.

* The skill Toughness will no longer yield strange results in higher

levels. Warning: Toughness did block high amounts of damage even while being broken. Since the fix, Toughness works more predictable, but might therefore be less effective in some situations.

* The mini boss Forest Guardian will now scale to the player's

* The unique spear Gronkor's Downfall does no longer carry a bonus

* All mounted opponents now fight and die as intended.

* The acoustic signal of the heartbeat sometimes did not end. Now, the

heartbeat sound will play no longer than twelve seconds.

* The survival bonus will increase at a slower rate.

when the proper shrunken head is being used.

* The Seraphim combat's art Divine Protection now has a slightly

* The amount of experience points per killed opponent will no longer

be as drastically reduced on very high levels as before.

* The safe area (spawn protection) around resurrection monoliths has been

* Several side quests have been fixed

* Throwing daggers will now rely on dexterity rather than strength

* The skill Magic Staffs didn’t apply to two-handed mage staffs, this has been fixed

* Temple Guard combat art Battle Extension did not work correctly in combos, this has been fixed

* Seraphim combat art BeeEffGee is now capped at level 200; the tooltip has been fixed accordingly

* Shadow Warrior combat art Reflective Emanation reflected conditions such as blindness and stun and not just the damage, this has been fixed

* Several combos did not work correctly when combat arts with different targeting systems were combined, e.g. area spells first and direct damage such as flash second. This has been fixed

* Some descriptions for combat art modifications were misleading or wrong. They have been corrected.

* Bossmonster 'Carnach' teleported one last time while dying, this has been removed.

* Unforging items at the blacksmith broke the forge slots in rare occasions, this has been fixed.

* Pressing [print] did not save screenshots when a dialog window was open. This window will only be seen in the screenshot when both [ctrl] and [print] are being pressed.

* Typing [% n] into the chat crashed the game, this has been fixed.

* The tooltip of special mounts had value discrepancies at a trader and in the inventory.

* Framerate drop caused by certain graphical effects has been lessened.

* Added more pictures for quest targets in the quest log.

* The mastery of the skill Riding now unlocks the correct bonuses.

* Lore-skills increased the casting speed more efficiently than stated in the tool tip.

* Skill Spell resistance did not work in some cases, this has been fixed.

Sacred 2: Fallen Angel is an action RPG with a rich story that takes place in a giant, open-ended and seamless world. This world contains hundreds of dungeons, treacherous opponents and a variety of challenging quests. Intelligent enemies challenge in heroic single- and multiplayer battles.

A Hero's Decision Affects the Lives of Many. It is time to choose your destiny, whether to champion the cause of good or to delve into the twisted paths of evil.

Sacred 2: Fallen Angel is an Action RPG with a rich story that takes place in a giant, open-ended and seamless world. This world contains hundreds of dungeons, treacherous opponents and a variety of challenging quests. Intelligent enemies, steadily adapting in number and difficulty based on player progress, challenge in heroic single- and multiplayer battles.

Sacred 2: Fallen Angel provides numerous unique items that can be gathered in this mystical world. A deep reward system further enables advancements in character, individual attributes and character-specific fighting styles, each designed to keep players returning to the world of Sacred 2: Fallen Angel to discover what is around the next bend. Drop-in styled cooperative multiplayer gameplay ensures players will enjoy the game alone or seamlessly with friends at any time. Five unique multiplayer modes round out the experience and offer a refreshing, first-class gaming experience in Sacred 2: Fallen Angel.

Featuring six diverse and in-depth characters, each with their own distinct gameplay style. SACRED 2 will offer the player two different campaigns; one in the Light, the other in Shadow. The chosen path will influence the reception of the player in different environments; a city which welcomed a good character is likely to be hostile towards an evil one. Learn stunning fighting techniques and sophisticated spells. Collect a huge variety of weapons and objects and enhance the character's attributes to create a unique, personalised hero.

The setting is nearly 2,000 years prior to the events of SACRED. The player assumes the role of one of six characters and enters into a story of quests and secrets, magic and sorcery, power and honour. The player must choose their path wisely, as both Light and Shadow campaigns weave alternative journeys across the world of SACRED 2, where the unwary traveller may be aided or attacked by the various inhabitants in the vast land of Ancaria.