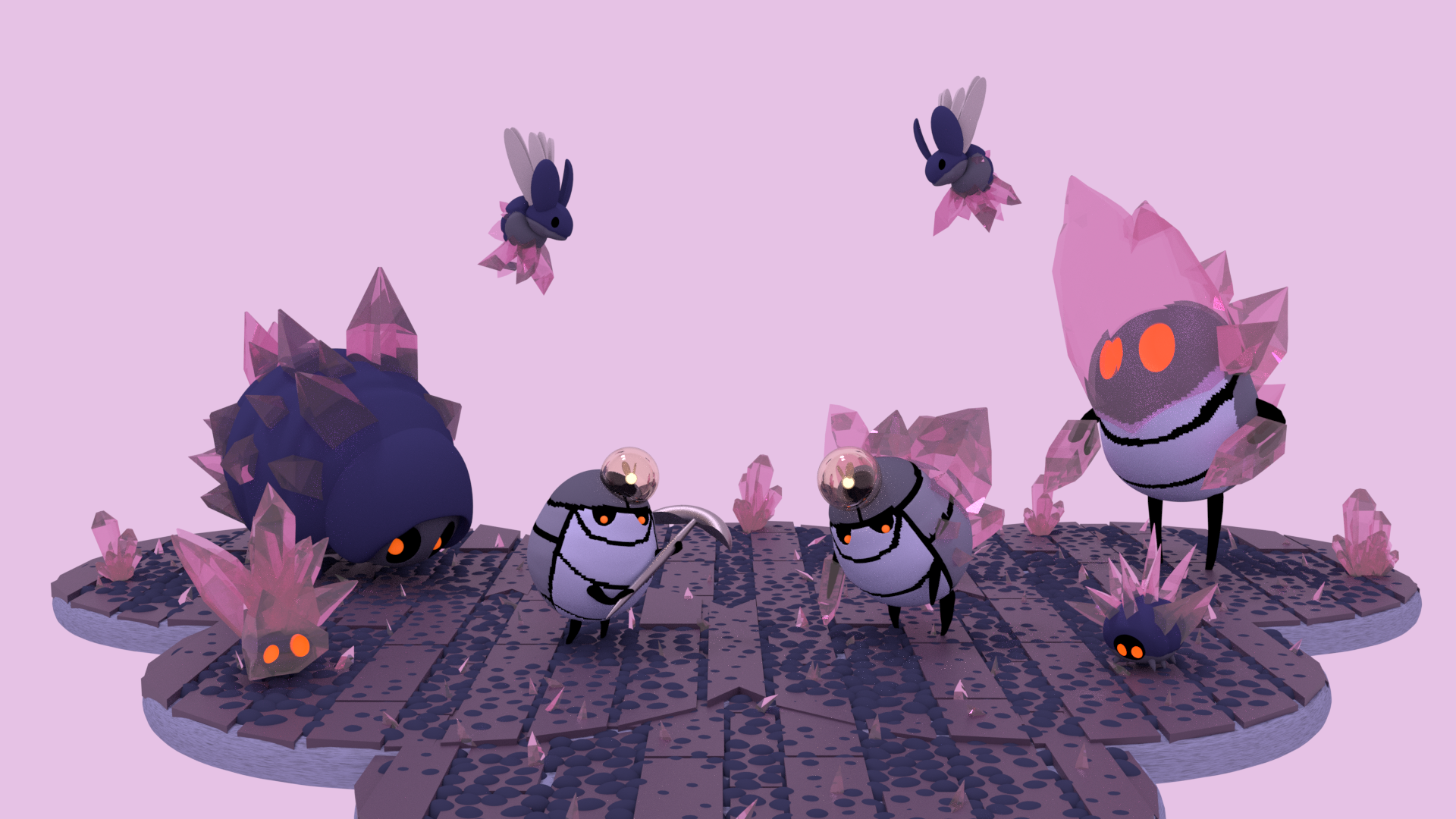 The daughter of one of the three beings who have sealed the source of the infection, has now become infected herself after the Dreamers were killed. Now is the complete opposite of what she used to have been. ~Hunter's Journal

Appearance: Hornet's appearance is mostly the same as it was before she was infected, save for the infested blisters on her body and needle, and her yellow eyes. Her robe is now red with blood.

Personality: Due to being infected, Hornet has lost her mind and became a nearly insane killer bug. While mostly making crazy laughter, she is still capable of speaking and largely retains her intellect.

Story: Hornet is the daughter of The Pale King and Herrah the Beast, one of three powerful bugs known as The Dreamers who fell into eternal slumber in order to seal the original Hollow Knight through the Dream World. After the fall of Hallownest, Hornet salvaged the ruins in order to protect the survivors from the Infection. She has encountered the new Hollow Knight multiple times, learning about it and its quest. Hornet and the new Hollow Knight have eventually fought and killed the old Hollow Knight, but in doing so, they inadvertently released The Radiance it was made to seal, and as a result, the new Hollow Knight was killed and Hornet became infected.

Attacks: Hornet is still using her unique weapons, the needle and thread. She is capable of violently stabbing or slashing the needle, blocking attacks with it, lunging at her prey, swirling the thread in a whirlwind around her, throwing the needle and pulling it back with the thread, and create tripwires with spike balls laced into them. In addition, much like the Hollow Knight, she can teleport and throw exploding Infection cysts.

I used to believe that strange bug was immune to the Infection, or that one way or another she had what it takes to resist it. But fate spares none, I suppose. ~Hunter's Note