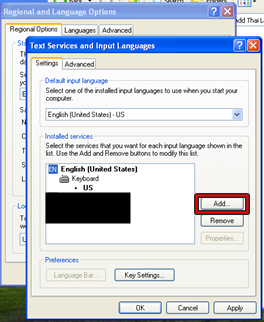 To add a language to your personal PC, go to Settings > Time & Language > Language, and choose a language to install. Learn more.

Windows installations start with at least one language pack and its language components. You can add:

We'll check to see if the image includes FODs with language resources in satellite packages, build a custom and local FOD repository, add languages, and verify all language resources were pulled in for each FOD. Then we'll add a LIP language and the language Feature on Demand packages.

Mount an image (install.wim) that you plan to deploy using Windows PE or Windows Setup

First, check to see if the image includes FODs with language resources in satellite packages:

Look for Feature on Demand packages, other than the Language Features, that include a language code in their name. For example, MSPaint:

The following methods are recommended for building a custom FOD and language pack repository:

In the following example, we'll build a minimally sized FOD and language pack repository. First, mount the Language Pack ISO and the Features on Demand ISO with File Explorer. This will assign them drive letters.

Next, export all FODs included in your image that have satellite packages, from the FOD ISO. If you know which languages you intend to add, you can include the associated language features too:

Where D: is the mount location for the Feature on Demand ISO

Where E: is the mount location for the Language Pack ISO

Pre-install languages by adding the language packs and their corresponding Feature on Demand packages, including the base languages if you're adding a LIP language.

Add languages to the recovery environment (Windows RE)

For any language you add to Windows, add the language to the Windows Recovery Environment (WinRE), whenever possible.

Not all languages or LIPs have localized recovery images.

Use languages from the Language Pack ISO, not from the Windows 10 ADK, to localize WinRE.

Known issue: Windows RE included with Windows 10 October 2018 Update Thai language image (en-US base language + th-th language pack) shipped with an issue in which an end user will only see UI components (or English) without Thai language text in the Windows Recovery Environment, the text displayed during recovery (Push-button reset), and/or certain screens during the reboot process of feature updates. To fix this issue pre-install the 2018.11D Quality Update.