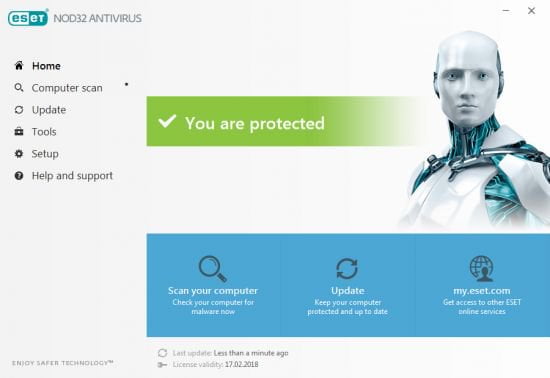 One of the famous verses of Mirza Ghalib says:

Which means that if it is heart, it will feel pain. And if something/somebody hurts it, it will cry.

Sometimes the celebrities take these words of Ghalib real seriously. This trend is being followed in India as well. It does not matter much with female celebrities but the case is somewhat different with male celebrities(dont ask me why).

Most of us remember when Kapil Dev shed tears in front of the camera when he was alleged of being involved in match fixing. Also the veteran Communist leader Somnath Chatterjee went emotional when the MPs were not listening to him when he was the speaker.

Latest in the spree is the senior BJP leader L K Advani. I saw his pic in a newspaper after the election results were out and there he was wiping out his tears. He could not become PM.

Now this is real amazing. Is becoming a PM an ambition? ofcourse it is, as per ourpolitical leader cum comedian Laloo Prasad Yadav. I remember him quoting in an interview, “Arre PM banna kaun nahi chahta? hum bhi banna chahte hain.” (who dont want to become PM, even I do). No wonder if Mayawati, oops i mean “a woman, from oppressed sect, daughter of a dalit, face of the ‘Bahujan Samaj’ (a society comrising of majority) Mayawati; no wonder if she too wants to become Prime minister of the country. This recent elections in India saw many PM aspirants who came out openly. There might be others as well, who were secretly harboring this dream and who might have shown their real intentions if the polls had resulted in a hung assembly.

Ofcourse crying gives you sympathy, specially when men cry in front of media. Everyone started believing that how can a person like Kapil Dev be indulged in match fixinbg? no no, its a plot. And how can the indisciplined MPs dont listen to a senior leader and the hon’ble chairperson Somnath Chatterjee?? ( Though they forget that Somnath himself was seen number of times shouting in parliament when he was not the cahirperson). Ofcourse crying in public gives men sympathy of public. But other than sympathy it also gives you support. People turn in their favor.

But here case is different. People may feel sorry for Advani but no one would be now willing to give him the PM seat. The mandate is out and clear. They DONT want him as PM. Though browsing through internet I came across a site where there was an opinion poll for the most desirable cabinet. Most of them have put Advani as PM. One of them has also written as “PM: Advani (as Vajpayee jee is not there)” . Thats exactly the reason. LK Advani is one of the oldest national level leaders. But voters dont see him having that much potential as they would believe him having when he used to stand besides Vajpayee.

Ofcourse when you lose, you get emotional. You feel sad. But showing it in public is something that is digestable and sympathy-winning but only in case of Wimbledon. Not in election. You cant cry in public saying that people did not help me in fulfilling my desire of becoming prime minister. Its not somebody’s personal interest that are seen when there is a question of millions of people.

Advani is a great leader and a very senior MP. He has offered to step down from the post of leader of opposition, though his party is not allowing him to do so. This drama isnt necessary. If country has got an able prime minister then the country should also get an able leader of opposition and Advani has a lot of experience in this case.

So instead of crying in public the celebrities should continue to deliever what they can give best. They should remember what Ghalib has said:

(Why do you cry like this, O miserable Ghalib, when the world does not care….)

hey guyss I'm new here and this my beautiful story please shower your love and support.

A girl of age 21 running through the deep jungle as fast as she can. She could easily hear her breath, sweats is clearly visible, her eyes has fear in it and cloth is fully dipped with blood. Sometime her body is not supporting further running and she falls, but she has no other option than to run.

They starting search her on other side she sit under tree gasping badly but as she heard some voices of foot she again starting running but immediately hide pressing her mouth with hand because those men are just near hear. After sometime they caught her and attack on her hand but she anyhow escape from there and run on road when she got hit by quallis of Daya.

Girl:- wo wahan… wo wo wahan [and she fainted, Daya take her to beauro]

They are get busy in work then Taarika enter the beauro with reports of blood that was present on dress of there.

After two hours she get consciousness and get scared by seeing the environment. All officers are trying hard to console her and get to know about what exactly happened to her. She just sit silently staring at one point, her whole body is shaking due to fear.

Till then Abhijeet enters the beauro and ask about present situation of beauro and Daya narrated him all.

Abhijeet go near her and softly placed hand on shoulder and try to sooth her. Finally she look at Abhijeet with some known feeling in her eyes and instantly hug him tightly by which everyone shocked and burst out in tears.

Girl[scared tone]:- I am Ankita [fear and tears can easily visible in her eyes] wo… wo log mu…mujhe maar dege [all get alert] maar dege wo mujhe [her body is shaking due to fear]

Abhijeet try to sooth her with so much care an unknown feeling is forming inside him towards her by which he is unaware. He ask her about the incident and she finally starts narrating it.

A group of friend is going for picnic somewhere enjoying, singing and all the fun in car.

They are enjoying road trip suddenly their car has break down and even with various try it doesn't start.

They starts walking through jungle and stay together as ways are so confusing. After walking few minutes Ankita's topper has stuck in bushes, she get busy to free it when she get behind and lost.

On the other side Ankita walking slowly calling her friend's name. She get scared of being lost and just walking in random ways. After sometime she saw something that she can't even imagine in worst nightmare. A man ties three person with ropes and lay them on ground. Those three person begging for their lives but he with his sidekicks kill them in one go and cut them from between. With this scream come out from Ankita's mouth, her eyes got widened in fear and voice get chocked. That man bring Ankita by pulling her hair and throw her on dead bodies by which blood get on her cloth. Her condition get worse and she moves back screaming in fear and starts crying. He pull the weapon to kill her then she throw soil in their eyes and escape from there.

Ankita starts shacking badly in fear, all are shock thinking in what condition she is going through. Abhijeet unintentionally hug her and his eyes get moist. He can feel her condition because of his emotional nature. He also didn't know why he can feel pain of Ankita so much. When he about to go she grab his hand.

They all go to jungle Ankita tell them the place where that incident happens. Abhijeet instructs Pankaj to be with Ankita and all go to investigate. For some reason Pankaj move away from there. All the flashes of murder appears in front of Ankita. Her eyes got widened and starts moving back in so much fear. She starts breath heavily and run away from there. After investigation getting over, they find Ankita is not there.

All starts finding Ankita in jungle. After sometime Purvi find her in unconscious state and call everybody. Abhijeet take her to his and Daya's house, where take care of Ankita with pure concern as she also get fever [background song 'Kuch Kam']. Daya notice this from outside the room.

After two days CID team find the photos of that person in the jungle, till then Ankita also get comfortable. She is teasing Pankaj in CID beauro and all smiles on this.

ACP nodded and all get busy in discussing the case when chasing between Ankita and Pankaj starts. While running Ankita collide with center table where photos are present with this all photos fell down. As she pick those photos, she instantly move back and again starts scaring by seeing that person.

She immediately run towards the garden starts breathing heavily clutching her hand. After few moments Abhijeet came there she instantly hug him tightly and starts crying.

Abhijeet and Daya are going for investigation, Ankita also wants to with them as she don't want to be alone. On so much force they get ready to take her but on one condition that she don't step outside the quallis. They starts doing enquiring to various people stopping quallis at various places. At one time Daya stop at restaurant for lunch where all three have fun time, laughing, kidding and happy. While they are enjoying, someone keep eye on them from behind. Having lunch Ankita make Abhijeet eat a bite of food by her hand with so much love and care by which both get shocked.

Abhijeet [with moist eyes]:- thank you Ankita, thank you so much bachche [she gives meaningful smile]

They all go further in the way Daya suddenly stop the quallis as way is block by drums. Both get confused on this and starting removing the drums leaving her alone. They start the journey, after two hour.

As he take off earphone she fell down on seat like a dead body. Both get in extreme tension and patting cheeks.

They hurriedly rush to hospital informing all in way. When her treatment is going Daya try to console Abhijeet who continuously shedding tears. ACP ask them about the time when exactly she has given poison. Daya remembered something and told to ACP.

When Daya and Abhijeet busy in removing drums, someone from back spread poison on napkin slowly came near her and suddenly placed on Ankita's mouth before she could react.

All look towards Abhijeet and ask him to go inside. He feels pain in heart seeing Ankita in that condition lying on bed attaching several wires and equipment. He hold her hand and starts caressing hair smoothly.

Tears fell on her hand, background music 'Kuch Kam'. Daya and Taarika watching this from outside.

After an hour Ankita regain conscious and all meet her, nurse bring the vegetable soup with she make faces and don't drink it. Till then Abhijeet and Daya came inside and ask about the matter.

After two days she get discharge and again start enjoying with all and ACP has gone Delhi for meeting. In CID beauro everyone is hearing silly fight voice between Ankita and Pankaj as usual.